The University of Pisa is a public institution with twenty departments, and high level research centres in the agriculture, astrophysics, computer science, engineering, medicine and veterinary medicine sectors.

Furthermore the University has close relations with the Pisan Institutes of the National Board of Research, with many cultural institutions of national and international importance, and with industries, especially those based in information technology, which went through a phase of rapid expansion in Pisa during the nineteen sixties and seventies.

The University of Pisa was officially established in 1343, although a number of scholars claim its origin dates back to the 11th century. The earliest evidence of a Pisan “Studium” dates back to 1338, when the renowned jurist Ranieri Arsendi transferred to Pisa from Bologna.

He along with Bartolo Da Sassoferrato, a lecturer in Civil Law, were paid by the Municipality to teach public lessons.

The papal bull ‘In supremae dignitatis’, granted by Pope Clement VI on 3 September 1343, recognized the ‘Studium’ of Pisa as a ‘Studium Generale’; an institution of further education founded or confirmed by a universal authority, the Papacy or Empire. Pisa was one of the first European universities that received this papal attestation, which guaranteed the universal, legal value of its educational qualifications.

Pisa and its “Studium” underwent a period of crisis around the turn of the 15th century: the Florentines’ conquering of the town ruined its economic and social life. However, there is a lack of documented evidence on the University’s regular functioning for decades.

The SD of Sports Medicine provides outpatient services exclusively for the evaluation of all aspects concerning the practice of sport at a competitive and non-competitive level. In particular, the nutritional and cardiovascular aspects associated with the practice and promotion of physical exercise are studied.

According to research point of view, the objective of Sports Medicine Unit is studied the relationship between physical activity and physiological, biochemical adaptation. Besides this, investigate the quality of life related to physical activity.

Will be create a novel model to analyse the changing of migrant’s quality of life. In this way will can to monitor and quantify the improving the quality of life in relation to the project in which migrants will participate.

The novel model of questionnaire is a fusion between validate questionnaire such as SF-36 and eating habits to create a simple new score to analyse the quality of life of migrants.

After the sub ministrations, our unit will evaluated and analyse the results to understand in an objective way the quality of life of migrants at the end of project. 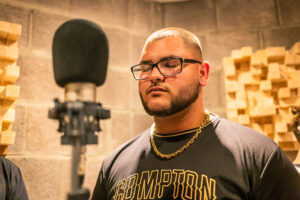 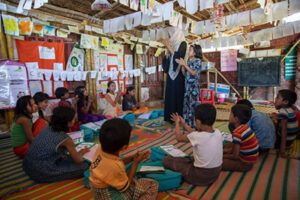 No country, no region in the world has been spared from the impact of COVID-19. The virus is exacerbating existing inequalities and has a disproportionate effect on refugees, internally displaced persons, vulnerable migrants and stateless persons. We must all redouble our efforts. As vaccination campaigns are underway in the EU, the EU is working to […]